Is Abortion a Private Issue? 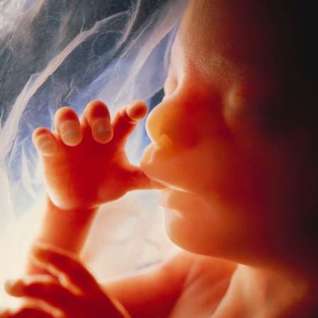 Yesterday I took a few minutes and sent a letter to my Congressman urging him to sign the Jordan/Schuler letter to Nancy Pelosi encouraging her to keep the prolife ‘riders’ in upcoming appropriation bills (‘riders’ prevent taxpayer dollars from being used to promote or perform abortion, protect the consciences of health care, professionals, and prevent funding for unethical human embryo experiments). While the Freedom of Choice Act has not yet been introduced, there is a proper fear that many parts of this ghastly bill are being stealthily snuck into the Stimulus Package. Jordan and Schuler are “requesting that the pro-life riders be included in any legislation reported out of the Appropriations Committee. If the riders are not added to the appropriations bills, then we are asking the Rules Committee to report a rule that allows for consideration of any deleted riders on the floor of the House of Representatives. We believe that failure to include all of the current policies with regard to the right to life will mark a radical departure from a policy many Americans support.” I would encourage you to write/email your Congressman and encourage them to sign the letter as well.

I definitely appreciate the fact that my Congressman (or a staffer) took the time to respond to me. While I don’t know if he will sign the letter, he did point out that he opposes partial birth abortion and voted yes on H.R. 3660, the Partial-Birth Abortion Ban Act of 2000. Also, he voted for H.R. 1218, the Child Custody Protection Act, which would “make it a federal crime for an adult, other than a parent, to transport a minor across state lines to have an abortion in order to circumvent parental consent laws.” He also voted for H.R. 2436, the Unborn Victims of Violence Act which “would impose criminal penalties on people who, through violent acts against pregnant women, cause prenatal injuries or terminate pregnancies.” Finally, he pointed out that he is a cosponsor of H.R. 1074, the Reducing the Need for Abortion and Supporting Parents Act, which “aims to reduce the abortion rate by preventing unintended pregnancies, supporting pregnant women, and assisting new parents.”

I am very appreciative of his efforts to reduce the number of abortions and his willingness to stand for life in these ways. I am hopeful that HR 1074 will have a big impact on the number of women seeking to have an abortion.

Having said that, I am also somewhat puzzled by the conclusion to his email. He writes, “While I personally oppose abortion, I ultimately believe abortion is a private matter in which the federal government should not be involved.” I am confused, in part, because the majority of the email was spent showing the ways he has, as a government agent, supported government involvement in the issue.

More to the point, however, I need clarification on why the taking of life is strictly a private matter and not an issue that government should involve themselves in. I am sure that the Congressman and others of this opinion do not see fetus’ (at least those that are not viable outside the womb) as fully human. This then, in their mind, is the great difference between abortion and infanticide (which I am sure he would be opposed to). But in what way exactly is a fetus different. Is it different because it is dependent upon the mother for survival? So are most six month olds. Certainly independence isn’t a test of personhood. If it was, many elderly would not be considered full persons (fully human). Is the fetus different anatomically? No, not really. Hearts start beating before week 6 and the head, eyes, liver and intestines are forming as well. Is it different with regard to DNA? No.

My point is that any distinction between a fetus (who is not protected under law) and a person (who is) is completely arbitrary and sets us down a slippery slope of determining which lives are valuable and deserving of protection and which are not. John Piper makes this point clearly, relying on the logic of Abraham Lincoln (appropriate today, Lincoln’s birthday). Piper’s Jan 22nd blog post (in part):

What are the differences between this child before and after birth that would justify its protection just after birth but not just before? There are none. This is why Abraham Lincoln’s reasoning about slavery is relevant in ways he could not foresee. He wrote:

You say A. is white, and B. is black. It is color, then; the lighter, having the right to enslave the darker? Take care. By this rule, you are to be slave to the first man you meet, with a fairer skin than your own’s.

You do not mean color exactly? You mean the whites are intellectually the superiors of the blacks, and, therefore have the right to enslave them? Take care again. By this rule, you are to be slave to the first man you meet, with an intellect superior to your own.

There are no morally relevant differences between white and black or between child-in-the-womb and child-outside-the-womb that would give a right to either to enslave or kill the other.