>A Bone to Pick with McGrath

. It was a good read and I’d still recommend the book. It’s dated, published in 1995, but I honestly liked that. It provoked good questions/discussion, i.e. ‘would McGrath be as positive today? If not, why not?’

I like the book, but the chapter on “A Loss of Vision” I find to be too simplistic and the chapter on “Evangelical Spirituality” I think is wrongheaded and in contradiction with what I love so much about McGrath’s earlier chapters. 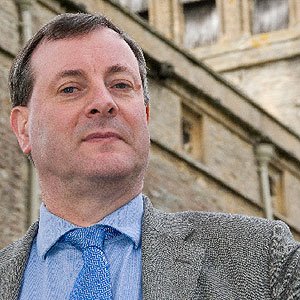 In discussing the seeming loss of evangelical vision, McGrath writes, “There is a real danger that evangelicalism, sensing the need for a distinct identity, will define itself overprecisely, negatively or reactively” (pg. 115). I’d agree with McGrath that evangelicalism can’t be defined too precisely – if it is, it evaporates into nothingness (as D.G. Hart argues). McGrath continues, “diversity within evangelicalism is to be tolerated where a corresponding diversity can be demonstrated within Scripture” (pg. 115). That, in my opinion, is dangerously simplistic. Why? Because most heretics I know of claimed their position could be supported by Scripture (Arians loved Col. 1:15 & Heb. 1:5; Docetics liked the language of Phil. 2). We live in a day and age where everyone’s interpretation of Scripture is thought to be valid. We arrived here via a misunderstanding/misapplication of the Reformations mantra of sola Scriptura, an idea McGrath has written an excellent book on, calling it Christianity’s Dangerous Idea

. The corrective is an appreciation for the church and it’s creeds, and a commitment to read the Bible with the church through the ages – something McGrath advocates early in the book, but neglects here. Sola Scripture, when it morphs into “the Bible is our only creed,” is a sure gateway to heresy (John Piper does a great job of explaining why biblical truths need to be defended/articulated using nonbiblical language in a bio-sermon on Athanasius from 2005).

The second point of contention has to do with McGrath’s critique of evangelical spirituality. He argues that evangelicalism, largely due to its resurgence in the intellectual and academic realms, is in danger of becoming too cerebral. He says it better, “As evangelicalism moves to claim the intellectual high ground in Western Christianity, there is a real danger that it may neglect the needs of the human heart” (pg. 120). He is concerned that there has been little emphasis place on developing a particularly evangelical spirituality (citing JI Packer and Eugene Peterson as notable exceptions), writing that the “lack of a credible, coherent and distinctive spirituality is one of the greatest weaknesses facing evangelicalism today” (pg 122). His sharpest criticism comes a few pages later, “In short, evangelicalism has become spiritually derivative. Instead of falling back on its own distinctive approach to spirituality, evangelicalism has become lazy: it has borrowed other people’s” (pg. 126). In the same paragraph he refers to evangelical spirituality as parasitic. That’s where I get real frustrated! McGrath, in the opening chapters of this book has gone to great pain to show how evangelicalism is really the standard bearer for orthodox Christianity. If so, why shouldn’t we borrow from the deep spiritual resources of the past. Why can’t we draw from the wells of Chrysostom, Bede, or Augustine and his Confessions. Moreover, I think he’s neglecting many other great spiritual writers in the history of the evangelical movement like John Bunyan, Richard Baxter, Jonathan Edwards, as well as some great contemporary spiritual writers like Richard Foster, Donald Whitney, and Ken Boa. Maybe they don’t make the cut, but why? Why must evangelicals reinvent the wheel, why do we need a ‘distinct evangelical spirituality’? It doesn’t seem to make sense given the opening chapters of the book. Worse, it’s inconsistent with the next page where McGrath calls upon evangelicals to remember and embrace their roots!

He goes on to argue that evangelicals have not adapted their spirituality to the demands of modern life. He argues that “the classic quiet time is a virtual impossibility for many of my colleagues in the highly stressed worlds of business and medicine, where personal space is a rare and cherished luxury…Christians find themselves being presented with demands [to read the Bible and pray] that prove to be quite unrealistic” (pg 128-129). Really? Even John Stossel knows that we have more free time/leisure time now than ever before (watch the video starting at the 4:00 mark). It’s just that we fill it with stuff – going to the gym, baseball/softball leagues, TV, etc. It’s there, if we use it.

I really think McGrath misdiagnosis the problem. It’s not the evangelical spirituality is shallow and can’t provide adequate models of spiritual growth for the modern Christian, it’s that evangelicals are shallow and don’t care to make time and space for them.

These two chapters are unfortunate (though fortunately short). I’ll wrap the rest of the book up next week – I know you can’t wait!