Several months ago, sitting in the Indiana Memorial Union with my friend Adam deWeber,  two students approached us and asked if we’d do a quick survey for a class project. We agreed and were given sheets with twenty-five or so questions. One of the questions was ‘do you support prayer in schools?’  I asked what they meant by that, but they said the couldn’t/wouldn’t explain more. As it stood, that’s an impossible question for me to answer.

If you mean, should we allow students time to pray privately (emergency prayers before finals will always be needed), or to voluntarily gather in groups to pray together (i.e. See You at the Pole), then yes, I support this. 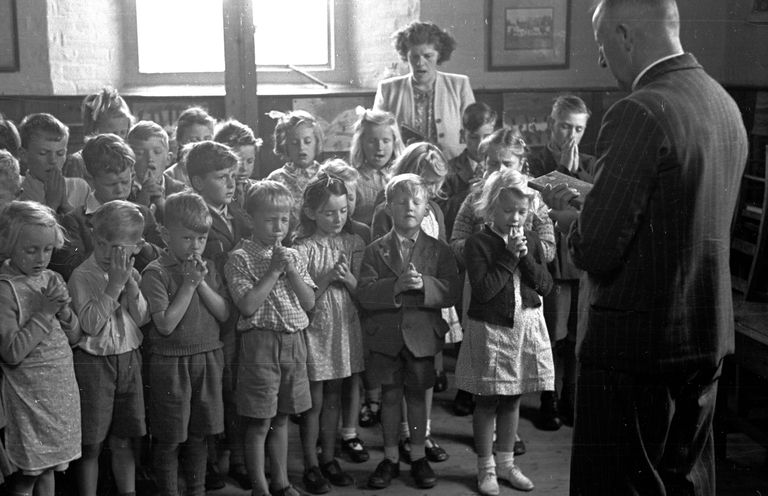 But I suspect they mean officially sanctioned prayers led by a teacher/administrator with student participation expected or encouraged. This is what most from older generations bemoan losing when Madalyn Murray O’Hair won her lawsuit and school prayers were no more (the historical timeline of prayers in public schools is more complicated than this, I know).

If it is this type of officially sanctioned prayers led by a school official, then I DO NOT WANT PRAYER IN MY KIDS’ SCHOOL. That’s right, I would oppose this type of prayer in our local public schools. Why? Two big reasons:

First, I don’t want my kids learning how to pray in school because it isn’t the job of a school official to teach my children how to pray.  It’s mine and the church’s responsibility. Would I get to choose who leads them in prayer in day and thus teaches them to pray? If so, I’d find a faithful Presbyterian or Evangelical to teach them (if not, then a Lutheran or Catholic could be fine). But I doubt I’ll get to choose. What if it’s a crazy “health-and-wealth-prosperity-gospel” teacher? What if it’s a Mormon or Jehovah’s Witness? What if it’s some crazy liberal who prays to Mother God or something like that? What kind of prayers would be offered – vague general prayers that are innocuous and unChristian?  I’d rather my kids not pray like that. I don’t want civil religion types prayers – I’d rather have no prayer.

Second, if we insist the prayers are truly Christian prayers, in the name of Christ and informed by core Christian doctrines, then what of the sizeable minorities who do not claim to be Christians. What of the Jews in our schools, the Muslims, the atheists. Should we force their children to pray to in Christ’s name? What about regions where Christianity is the minority, like Hamtrack, MI or in Jewish neighborhoods in NYC?  Is it the majority that chooses what kind of prayers are offered?  What of the Christian students in these areas – should they be forced to pray to in a Muslim way?

We live in a pluralistic culture. The job of the schools is not to promote religion; they wouldn’t be good at it.

J. Gresham Machen, the staunch opponent of liberalism at Princenton who went on to found Westminster Theological Seminary, likewise opposed Bible readings and prayers in school…back in  1933!