I might supplement this with more categories later, but here’s a start. 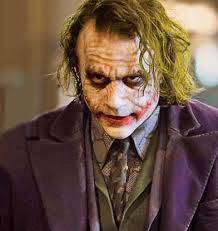 I haven’t seen many movies in the theaters this year, but I saw two awesome movies and one dreadfully bad movie. The best Batman: The Dark Knight. This was an awesome movie, Heath Ledger was amazing, though Christian Bale’s Batman voice got annoying. Also, Prince Caspian (which I’m watching right now on video) was better than the first installment of the Narnia movies. I loved it and so did my boys.

The worst movie was Transporter 3. No surprise though – the third installment of an awful movie is more awful than the original. 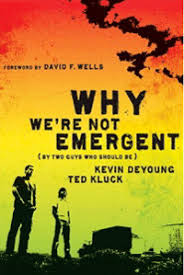 I’ll have to mention at least a few. Christopher Wright’s The Mission of God (2006) is fantastic, but very long. Anyone who is interested in how to do a biblical theology should read Wright. Also, Tim Keller’s The Reason for God (2008) is a great apologetic. I loved the tone of Keller’s writing and how he takes new angels to age old questions. In addition, Why We’re Not Emergent: By Two Guys Who Should Be by Kevin DeYoung (2008) is a winsome but detailed evaluation of the emergent church. It is definitely worth the read. Also, very interesting to me was D.A. Carson’s Memoirs of an Ordinary Pastor (2008), though I doubt others would be as interested (he was my mentor at TEDS).

The worst book I read this year was a collection of essays by emergent folks, Emergent Manifesto of Hope (2007). The book was overstated, filled with false dilemmas and poor caricatures of traditional evangelical churches. I concluded that most of these writers were writing against the worst type of evangelical market driven churches (or fundamentalist churches) and that they presented little more than liberalism of a century ago repackaged.

Since my friend Mark suggested I read more fiction, I have. The Lord of the Rings Trilogy and the Hobbit were the best of the year. I can’t believe I didn’t read these earlier. Also at the recommendation of a friend I read and really enjoyed the Ted Dekker’s Circle Trilogy: Black, Red, White. These books are one part Tom Clancy, one part Tolkien and one part Lewis. Awesome indeed. For those who like war fiction, I’d recommend the Brotherhood of War series by W.E.B. Griffin. Really keeps your attention and you enjoy his characters very much.

Unfortunately, Dekker’s book Adam makes was the worst fiction book I read recently. Predictable and weird at the same time. Not good. 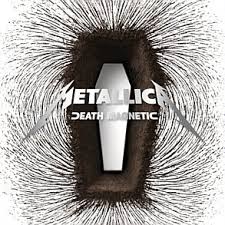 I have very eclectic music tastes, but don’t buy a ton of music. The best of what I bought this year include Coldplay’s Viva la Vida, Metallica’s Death Magnetic, Charlie Hall’s The Bright Sadness, Counting Crows Saturday Nights and Sunday Mornings, Sojourn These Things I Remember, and Eddie Kirkland Orthodoxy.

The best sporting news of the year was the Dolphins bounce back from a 1-15 season. This year they are 9-5 and still have a chance to make the playoffs. I knew the Big Tuna would turn things around, but wow, this is more than I could have hoped for in one year. Also good news is the signing of Kerry Wood by the Cleveland Indians. Our closer issues kept us out of the playoffs last year. We did, however, overpay. On the hockey front – oh, who cares about hockey.