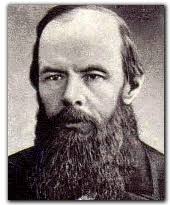 The other day on my Google homepage, this quote popped up in the ‘Quote of the Day’ box: “The second half of a man’s life is made up of nothing but the habits he has acquired during the first half” ~ Fyodor Dostoevsky.

Uh, that’s a scary thought for someone like me who is, honestly, coming painfully close to the middle point of life. (On a side note, why do we refer to people in their 50’s as ‘middle aged’. Are there a lot of people living to be 110 now a days?). If I was to be painfully honest, I don’t have great habits that I’d like to see lived out over the next 40 years. I am woefully undisciplined in too many areas – exercise, eating,and study and prayer as well.

I haven’t been able to get this quote out of my mind for the past four or five days. In addition to this quote, I finished a sermon by Edwards entitled “That Such Persons are Very Imprudent and Foolish who don’t Consider their Later End”. In the sermon, he encourages constant reflection and evaluation on one’s life and the end to which it will lead. The connection between the quote and the sermon are obvious. 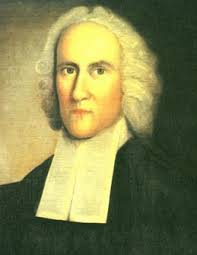 Along side that quote, and that sermon, the Resolutions of Edwards have been rattling around in my brain as well. Talk about good, Godly habits! (Especially on my mind is Edwards resolutions regarding meditation on death and hell: “Resolution 9 – Resolved, to think much on all occasions of my own dying, and of the common circumstances which attend death; Resolution 10 – Resolved, when I feel pain, to think of the pains of martyrdom, and of hell”. As I’ve done that this week, I’ve been swept up in contemplating and appreciating the amazing grace of God all the more!)

So, I’ve determined that I must, and I mean must, work on being more disciplined. I still have a few years to develop some good habits! It may be that I write out my own resolutions here in the next few months.

Most of you who read my blog (all four of you, not counting my mom) are a decade or so behind me on the aging curve, so may I encourage you to think long and hard about the habits you’re developing.

One thought on “A Scary Thought”