I have not yet had the time to reflect on or write on the article I posted yesterday from Michael Spencer in on The Coming Evangelical Collapse. No need, because three blogs I read often have already done a great job of dissecting it.

First up, Sean Lucas over at reformation21 He offers several insights:

Next up, Kevin DeYoung at DeYoung, Restless and Reformed:

Sorry, I can’t bullet point him. DeYoung agrees with much in Spencer’s original article, though isn’t as pessimistic. He writes, “I doubt seriously that evangelicalism in the future will ‘look more like the pragmatic, therapeutic, church-growth oriented megachurches that have defined success.’ These churches certainly exist in large numbers, but I think they’ve reached their zenith. Pragmatic, therapeutic churches are not the wave of the future. Younger Christians–both on the emergent left and reformed right–think they’re bogus.” 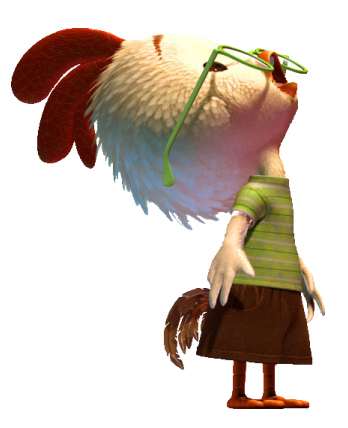 He also comes armed with his own statistics. He cites a report from 2005 which states that the percentage in of people in evangelical churches remained fairly constant despite decline in other segments of Christianity, going from 9.2% in 1990 to 9.1% in 2005 (and since this is a percentage of a population that is growing, the total number of people in evangelical churches has risen by several million).

The best sentence of DeYoung reflection, “It’s curious to me that while secularists have written best-selling books based on their fear of some sort of theocratic evangelical takeover, evangelicals themselves have never cried louder that the sky is falling. I suspect that both of these shrill voices are mistaken.” He’s probably right.

Finally, Mark Galli over at Christianity Today responds (I think his is the best, so read the whole thing). He does a very good job of differentiating between the cultural form of evangelicalism and the theological core of the movement. I’ll just tease with some long quotes and hope you go read the whole thing.

For all our cultural influence and religious impact, evangelicals are “like a drop from a bucket, and are accounted as the dust on the scales … [they] are as nothing before him, they are accounted by him as less than nothing and emptiness.” This quotation, from Isaiah 40:15-17, refers to “the nations,” but it applies just as well to the “evangelical nation.” Movements of God — think the desert fathers, monasticism, the Great Awakening, and so forth — come and go.

What we know as evangelicalism is a temporary cultural expression of the Christian faith. It comes with idiosyncrasies, good and bad. It has produced the populist Religious Right activist Jim Dobson and the careful, moderate scholar Mark Noll. Out of its publishing houses come books like Left Behind and books like Knowing God. It has proven itself to be small-minded, judgmental, and legalistic, as well as generous, sacrificial, and heroic (I think especially of evangelical work with HIV/AIDS and sexual trafficking today). It has at times been totally out of touch with contemporary culture, and at other times on the cutting edge (for example, we have consistently been early adopters of new technology — radio, TV, the Internet).

Like any movement, religious or not, evangelicalism has become embedded in certain aspects of its culture. Because it exists in the contingencies of history, it can’t help but tie itself to some cultural themes while fighting others…

…evangelicals on the ground, in our better moments at least, care less about our “movement” and more about “the evangel,” the Good News of Jesus Christ. If the constellations of individuals and groups that have constituted the cultural shape of evangelicalism were to disappear, most of us would quickly move on. Because we know that would hardly signal the end of evangelicalism.